Augusto Nicolas Calderon Sandino was born in a small Nicaraguan village called Niquinohomo in 1895. He was born illegitimately to his peasant mother Margarita Calderon and her boss Gregorio Sandino who was married. After being abandoned by his mother at the age of ten he went to live with his maternal grandmother. He later lived with his father but never felt fully accepted by him.

Sandino, in 1921, fled his village after shooting (but not killing) Dagoberto Rivas the son of an important Conservative in the village. Rivas had made disparaging comments about Sandino’s mother. He ran to the west coast of Nicaragua and then on to Mexico where he worked for Standard Oil for the next four years. It was at this point that Sandino began to get involved with radical groups who influenced the way he thought and the path his life would take. He was fiercely opposed to the United States occupation of Nicaragua and involvement with the internal affairs of the country and was a passionate supporter of nationalism and anti-imperialism.

Sandino returned to Nicaragua in 1926 and worked at a gold mine owned by a United States company. Sandino, who lectured the mine workers about social inequalities and the need to change the political system, soon organized his own army, consisting mostly of peasants and workers, and joined the liberals fighting against the conservative government.

With guns acquired in Honduras, Sandino and a band of miners attacked the garrison at El Jícaro. The attack was repelled. After the defeat Sandino realised that he needed better weapons and travelled to Puerto Cabezas to meet with the rebelling Liberal troops against the US-backed Conservatives.

Sandino met with liberal rebel Commander General Jose Maria Mocada in the hope of securing better weapons for their struggle. At this point, however, Sandino was relatively unknown and Mocada refused weapons. As luck would have it Sandino managed to acquire weapons from fleeing Conservative rebels and in doing so he also proved this worth to the other Liberal Commanders. He was given the blessing and support to go and harass government troops in the Northeast.

In May of 1927 The United States government forced the warring parties to come to an agreement at Tipitapa (a small village near Managua). It was there that the Espino Negro Accords was signed by the Liberals and the Conservatives. Sandino refused any part of this agreement and vowed to keep on fighting until the United States withdrew from Nicaragua. 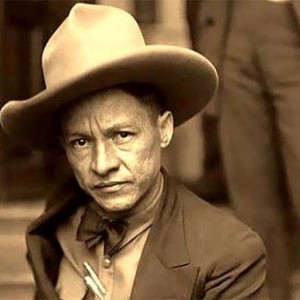 In 1933 the United States left Nicaragua but left behind them a powerful National Guard headed by Anastasio Somoza Garcia. The National Guard was intended to create a non-political force to allow the country to stabilise. This was not the case and Somoza was far from non-political and soon had the National Guard dancing to his tune. Sandino was loath to surrender his weapons while Somoza was so powerful and he told president Sacasa as much in 1934. Sacasa called Sandino to Managua for discussions and when Sandino arrived there he announced publicly that he felt the National Guard to be unconstitutional. Sandino’s talks with Sacasa resulted in an agreement which would reduce Somoza’s power within the National Guard.

On February 20th 1934 as Sandino and his entourage made their way out of the Presidential compound, they were rounded up by Somoza’s men and executed that same night. On the next day, the National Guard descended on the northern commune razing the cooperative and killing most of its members. Within a month Sandino’s army, their wives and children were murdered by Somoza’s men.

It is from Sandino that the Nicaraguan revolutionary group, the Sandinista

Use this form to find things you need on this site

No products in the cart.

All Photos are property of Sandinos Cafe Bar
close
Contact us

Questions, issues or concerns? I'd love to help you!